I just finished Ultra Ultra’s ECHO this morning, and wow! It’s something special: there’s truly nothing like it. The closest thing you could say is that it’s if a bunch of Hitman developers really loved the film Moon, and managed to build an entire science fiction universe using only one on-screen character—who is also all of the enemies.

I bought it because the trailer was so great:

Unfortunately, I didn’t enjoy the game as much as the trailer. When I say I finished the game, that’s a partial truth: instead of playing through the last two difficult chapters, I just skimmed them on YouTube and watched the ending. Because everything about the game is great, except that, it wasn’t as fun as I had hoped.

The stealth survival horror mechanics are tight, and everything you hear and see in the game has an elegant beauty unlike anything else. But I lost my draw to completing the objectives in the game. Maybe it was one too many cases of, “Find all thirty-two blue orbs to unlock the gate, while being hunted by your echoes.” Or how the plot lost its lure of, “Why are these echoes here and why do they look like me?” Also, I never got an answer on “What really is this place?” Instead all dialogue between your character En, and her AI companion, London, focuses on her relationship to an off-screen (and off-script) character named Foster, who we only hear her talk about. It’s not much of a carrot on a stick. 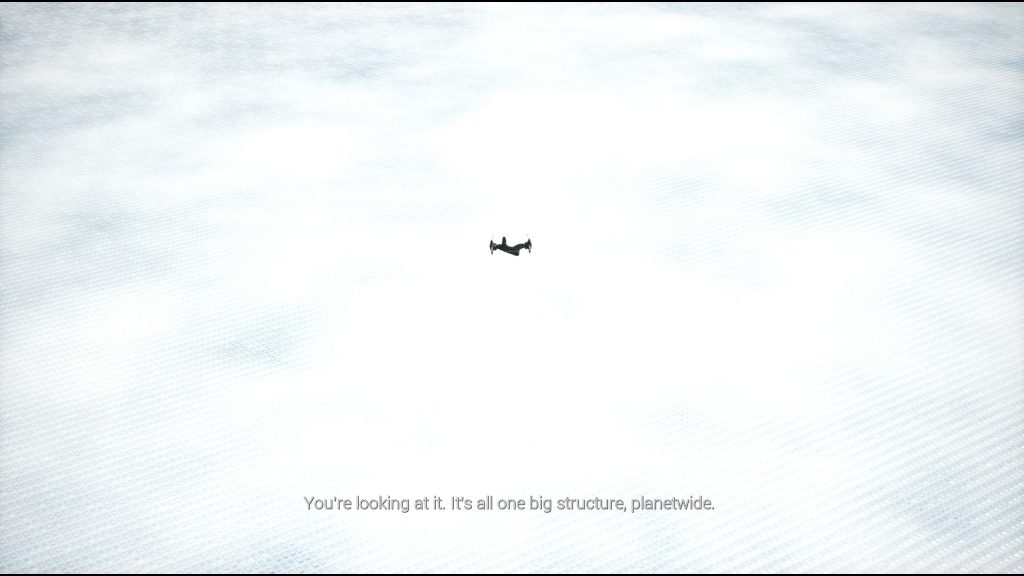 The trailer is still a front-runner for my favorite trailer I’ve seen this year. I’m here to talk about what makes the it truly exceptional, highlight that elusive secret sauce it may be lacking, and how devs can learn from this trailer / game relationship. So here we go!

“What are the trailer’s two strongest hooks?”

The mystery framed in the launch trailer is among the best of any game trailer I’ve ever seen. Right off the bat, we’re wondering why any of the things we’re seeing are happening, and where the story is going. The voice of the AI, London, makes it sound like he’s a trustworthy companion. And when En says, “It seems familiar, somehow…” that line evokes a powerful twist and reveal that we as the would-be player just want to unearth. Then there’s empty space of just taking-in the beauty of the mysterious palace setting. The mystery gains an extra potent layer when En meets the forming echoes of herself that then attack her. Color me intrigued. 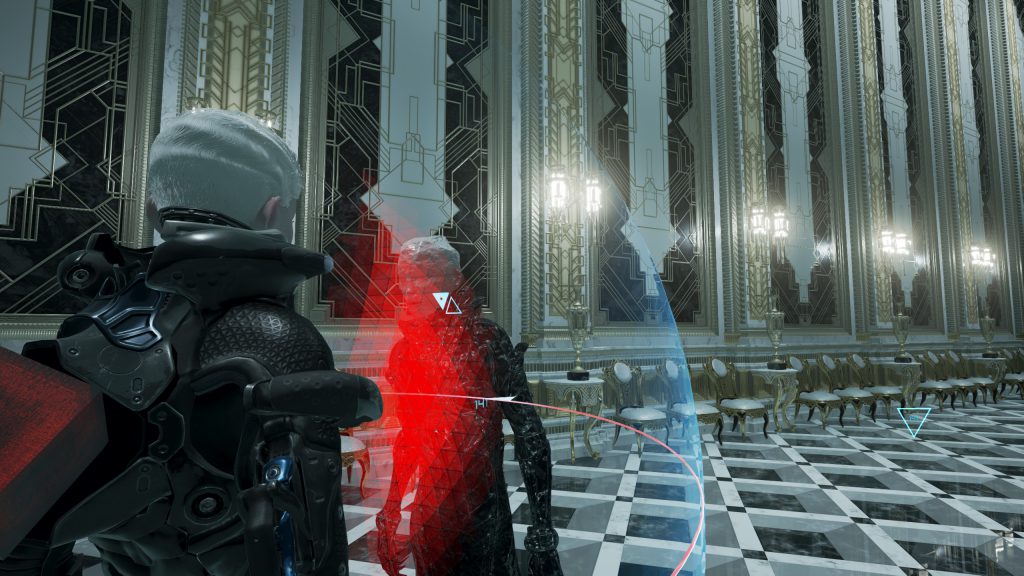 The new mechanics get framed through this mystery (another brilliant choice) where you discover “they do what I do, the learn from me.” while we’re punctuated with shots of all the mechanical verbs. The action takes over, the music ramps-up. And we have just enough time to realize that this “teach your enemies” gameplay is really special.

The trailer then alludes to En’s ambition with restoring this Foster fellow (which I never remembered). I’m more interested in seeing how the gameplay verbs play out. The trailer ends on a creepy mysterious blank stare coming from En while she asks, “Foster, are you doing this?” Her pupils contract. And we land on the feeling of “WTF is going on here?” 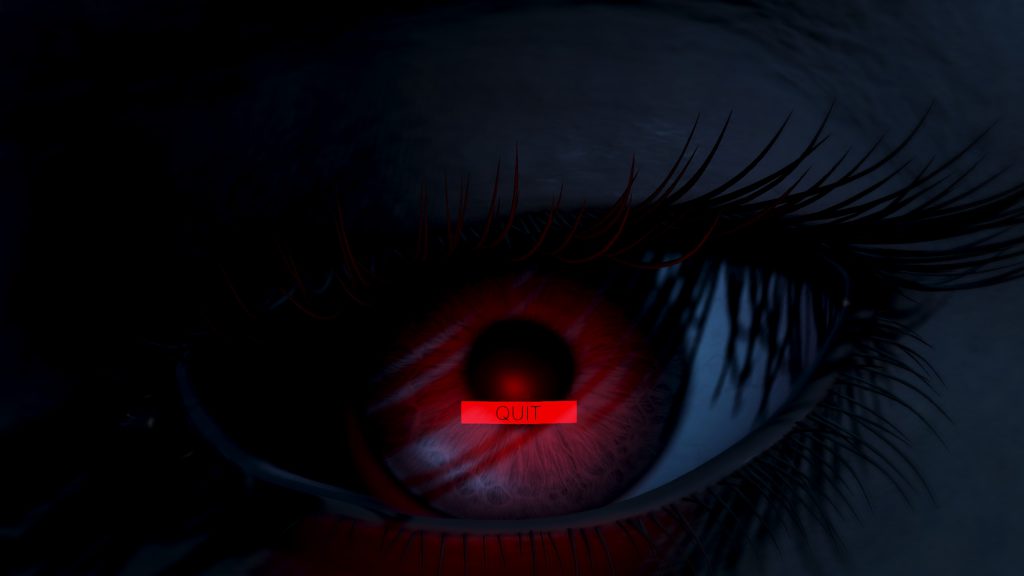 This was enough for me to get the game and want to play through all of it, even when I wasn’t enjoying it. I wanted to find out where the mystery led. So, for that: the trailer is beyond excellent. It’s what kept me playing the game, even when the game itself lost its lure of mystery.

In a word: fun. Admittedly, this is a terrible and elusive word that can mean next to nothing, but that’s why it’s so hard to get at—especially with a trailer. The trailer certainly captures tense and gratifying moments from the game: pulling off a last-minute shot, getting away from enemies, and enjoying mechanical tension. But I don’t know if it effectively says, “you will enjoy this game.”

Truth be told, most game trailers don’t—or can’t—effectively convey this. But that’s why trying is so important. 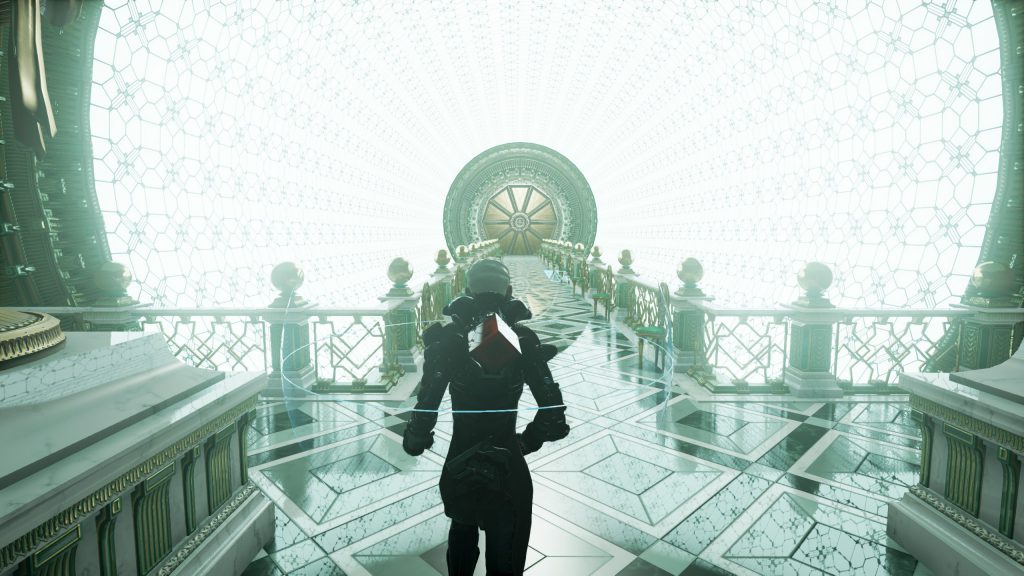 Many developers say that their games aren’t fun for most of development—and may never get to that fun factor at all. Even more difficult is making sure that a game is continuously fun.

I’d be lying if I said I didn’t have fun with Echo. It’s earliest teaching moments were where I had a big goofy grin on my face. But I fear Echo is more innovative than it is enjoyable. As such, it’s incredibly difficult to nail down the brief windows of fun in the experience overall—especially in the trailer. But I think that Ultra Ultra did the very best that was possible with what they had.

“What’s the trailer takeaway for devs?”

I don’t think mystery and innovation is enough to secure the confidence in your audience for your game. I used to think that differentiation, quality production, and emotional impact were enough to grab your would-be players’ attention in a trailer, but now I’d suggest that if there’s any way to really ensure the most-fun parts of your game are what we land on, maybe there’s a stronger way to convey this.

It’s a long hard question that’s not easily solved in the trailer crafting process, but one that should effectively haunt you: “How can we show that our game is fun?”