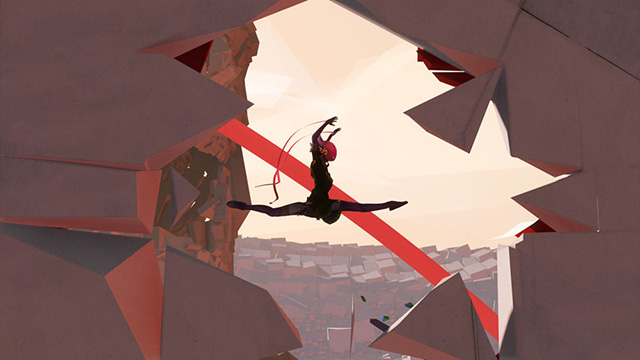 Last year, I interviewed many game developers about what motivates their work. The result is over sixteen podcast episodes that I strongly recommend:

Grey hair is under-appreciated in game dev discussion, so I super-loved Rand Miller’s wise responses to questions about success and suffering. He talks about what it meant for Myst to be the “most successful PC game of the 90s.” Talking to Michael Staniszwski about Bound was one of the most illuminating chats I’ve had. Start there if you like charming Polish accents, game philosophy, and want to understand the tension between demoscene “games” and traditional games. Parenting while in game development is something we’re all wrestling with more and more. So I can’t heartily-enough recommend Amy and Ryan Green’s interview, where we talk about life/crunch balance and their game, That Dragon, Cancer.

Most of those are Gamechurch podcasts that I did with my co-host Drew Dixon. Others were with Thomas Henshell (Archmage Rises). In addition, Drew and I interviewed experts like Kert Gartner (a fellow trailer producer) and Science Mike (a science & religion guy). Drew and I also hosted a few more discussions on themes like grace in games, PAX West, and what games Jesus loves (a tongue-in-cheek discussion).

I look forward to continuing these kinds of interviews in 2017 — and can’t wait to share our most recent interview with Thumper designer/programmer, Marc Flury.