The best movie trailers make me cry. It doesn’t happen often. But it’s happened. Game trailers, on the other hand, have never once made me cry. Yet the best ones are getting closer.

The best and most-powerful game trailers toss us through a ringer of ups and downs. That rapid-fire assault of emotional intensity is what grabs us. It’s what makes us say, “I want that.” The thing is, most game trailers forget the player’s emotions. They tend to land as one-note threads that focus too much on the features — and not enough on the game’s emotional roller coaster. It’s a shame because that roller coaster sells your game.

Take the final trailer for Life Is Strange for example. Track the emotions as you watch:

It starts full of fear, then tension builds. And just after the heroine sits and thinks, the tone shifts. The music turns into a melancholy hope. The colors shift to a warmer hue. Suddenly things feel hopeful. It seems like the game gives us the tools to try to fix things. Suddenly we’re in a montage all of the terrifying storm shots contrasted with scenes of optimism. It shifts from dark, to light, and back and forth. Scenes of danger come after scenes of loving support. Notice that progression: fear, tension, optimism, joy, destruction, hope, storms, friendship, and blood. That’s how you capture a player’s emotional journey!

There’s just one problem: you aren’t making a game like this.

Unless you’re in triple-A development, your trailer can’t include high quality character models with emotive human acting. The litany of positive press quotes and top-tier production elements are a pipe dream. So for most of us, we’ve got to find a way to make a trailer that captures the emotional journey in a different way. We have to think smaller. Weirder.

“Weird” is a badge of honor for us indie guys, and we have to wear it with confidence, but that doesn’t mean that we get a free pass for being oddballs. We need to work hard to capture the emotional journey through (and around) our eccentricities.

I think I have a solution.

Capture the player’s emotional journey. And I mean that literally. I record real players playing the games I’m making trailers for. I capture the sounds they make, and I watch how they react to the games. These are people I know that aren’t impressed with me or starstruck in any way. It’s just normal folk having honest reactions to the game. Sometimes they’re not positive reactions. And that’s okay. Their emotional lows mix with the highs to provide you the blueprint for your roller coaster.

Feel free to copy this approach.

While it’s hard to get people over to my place to play the games, it’s so worth it when they do. It puts a human angle on the games. It allows me to find the games’ key qualities that resonate with players. And it lets me hone-in on those highlights so that I can show those moments to would-be players through the trailers.

Take a look at my first example:

Recording players playing Threshold helped me to find the emotional gold. Players truly resonated with the “ah-ha” moment of discovering a puzzles solution. I also saw that women preferred the game more than guys. So right after about four play tests, I learned right there that I should record women playing the game with guys so that there’s clear audio contrast and the players are verbalizing their experience (which few did by themselves). This worked splendidly.

The emotional journey wasn’t complete, however, until I figured out how to get the low-moments in there. Players started to show visible signs of frustration as they went through the “what the crap do I do?” moments. And I realized that these moments were critical to making the breakthrough moments enjoyable. So I used both the players’ frustration and discovery experiences to build that coveted roller coaster. That’s the real story for a puzzle game: a player’s journey from confusion to clarity, often repeated.

I have no illusion that I make the best game trailers. But I do believe that there’s something ripe and potent about this player-journey approach. It’s not to say that it’s a one-size-fits all solution. Each game genre is completely different: a spacecraft engineering game will require a different trailer storytelling method than a four-player brawler. But the overarching rule is consistent: the player’s emotional journey is always what makes them want to play your game.

My next trailer example takes us to the arcade. More specifically, the arcade action game genre. Story doesn’t matter here as much as the exhilaration of play. It can be a challenge to capture the emotional journey of this genre, but this is how we went about it for Super Flippin’ Phones:

Notice how the journey starts at comedy, dives into the game’s tension, ends in a moment of defeat, and then resolves in another “brave attempt,” punctuated with more humor. This was key for showing off the arcade action. We needed to show the victory and the defeat in a play-through; Winning is intense. Failing is easy to recover from. It’s an emotional roller coaster.

Emotional contrast is essential. You never start a romantic comedy with love birds already together; they have to be as far apart as possible or it their coming together lacks weight. Similarly, the first Hotline Miami’s trailer focused on this same up-and-down journey (quite literally). There’s anticipation, coldness, a “How could I do that?” moment, small success, dread, and then victory (albeit still melancholy). That sense of loss was key to that game, but it’s somewhat absent in Hotline Miami 2’s trailer. While Hotline Miami 2’s trailer is cooler, richer in game content, and full of energy, it lacks the depth of the low-notes in the first game’s trailer. It’s ostensibly still a cool trailer (and an amazingly well-produced one), but the low degree of despair keeps it away from the same emotional range of the first trailer.

Ask yourself: what are the player’s emotional highs and lows in my game? If either end is lacking in the trailer, the player will subconsciously feel it. The emotional ride will “taste” bland. Think of good Thai food. It focuses on four key notes: sweet, sour, spicy, and salty. Too much of any one of those and you crave more of the other.

Say you have the lows and highs sorted. Next, you have to figure out how you’re going to capture the emotional journey. 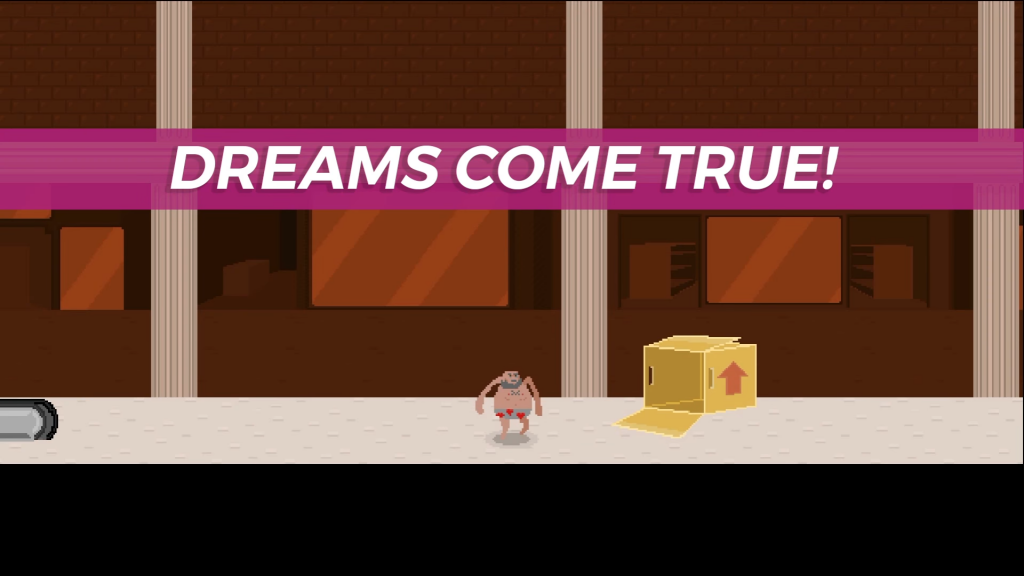 If you wanna me like me, get the game in front of people and then study how they play. It’s important that they play in a neutral space. Make the player as comfortable as possible so they can provide honest and thoughtful feedback. The more homelike and comfortable, the better. Record that experience both on-screen and the player’s vocal reactions. Video is helpful if you’re doing party games, but the setup, lighting, and environment can make normal players uncomfortable and provide an inauthentic experience. Most players don’t naturally talk or express when they play, but they will if you put multiple people together and encourage them to figure the game out together. Review all of the player input and feedback. This is exhaustive and can take a lot of your resources, but it’s key to finding the essential data that will drive your game’s trailer and subsequent marketing.

Say you do all of this and then find that the player’s voices and input don’t work for the trailer itself. That’s when you need to get creative in how you show the player themselves without them noticing. Check out how we did this in the next trailer:

We used a brilliant voice actress (Leonora Haig) to embody the player’s imagination within the game. The game’s creator and I were ecstatic about how this one turned out, but it started with much humbler beginnings.

The first thing we did was captured his emotional journey playing the game. The journey was there, but it didn’t resonate with tested audiences. You might see why in this earlier cut. We knew the emotional journey was good and rich. But we needed a better storytelling device. After retooling the script and hiring Leonora, we ended up with a trailer that we’re extremely proud of.

Sometimes the player’s emotional journey needs to be told through abstract means. One size never fits all and each project requires a unique approach. But the overarching lesson is true: emotional journeys sell games, and if you tap into the player’s heart, it’s just a matter of time before they hit that “buy” button.

[This post by M. Joshua was originally featured on Gamasutra on November 20, 2016.]