You want to hear from experts whenever you listen to podcasts. And while most of my expertise is in trailer production, I’m also a huge fan of processing the nature of play with different communities — including faith communities. Video games handle grace in powerful ways, and you’ll probably agree that video game discernment is broken, but the question is whether or not you’re up for some hour-long conversations on those subjects from some experts (myself included)? If you haven’t closed this tab by now, you’re clearly in the right place.

We wrangled Gamechurch writers together to explore games that handle Grace with, er, um, grace:

The GameChurch Podcast #65: Grace in Games: A Roundtable Discussion

In Theology Gaming’s teensy pocket of the interwebs, we elaborated on the notion that “discernment is broken;” and how games criticism offers tools for better processing:

Most folks need a trailer yesterday, but shortening the gap between “yesterday” and “two weeks from now” means that you might need to take a few steps to ensure a quicker transition.

In two days, I produced a trailer for Goliath: Summertime Gnarkness (DLC for survival sandbox game, Goliath). This speediness was made possible largely by the smart planning and preparation of the client (Alawar Entertainment). They prepared a list of resources that empowered me to complete the project in record time.

Here’s what they gave me and why it went right:

As you can see by the final product, all of those clear instructions and pieces empowered me to create something that was delivered quickly and efficiently; thus saving everybody involved time and money.

If you like tactics games, you must play Steamworld Heist (I wrote an article on why it’s great), but for indie devs, the most valuable lessons are in the trailer. Let’s dive in.

Check out Steamworld Heist’s trailer. It rightly harps on the unique gameplay benefits of playing the game by showing you the best moments and using a narrator to explain what you’re seeing. It may just look like a features trailer, but these “features” are actually benefits to the play experience.

First, the trailer teaches you how to read the game, then it shows the unique gameplay (the selling point). After the establishing shots, it introduces the gameplay section, then the narrator sells the game’s unique combat element: use free-aiming to line up your shots. Then they sell the game’s MOST unique selling point: pull off ricochet trick shots. Notice how the trailer lingers on this main distinctive. 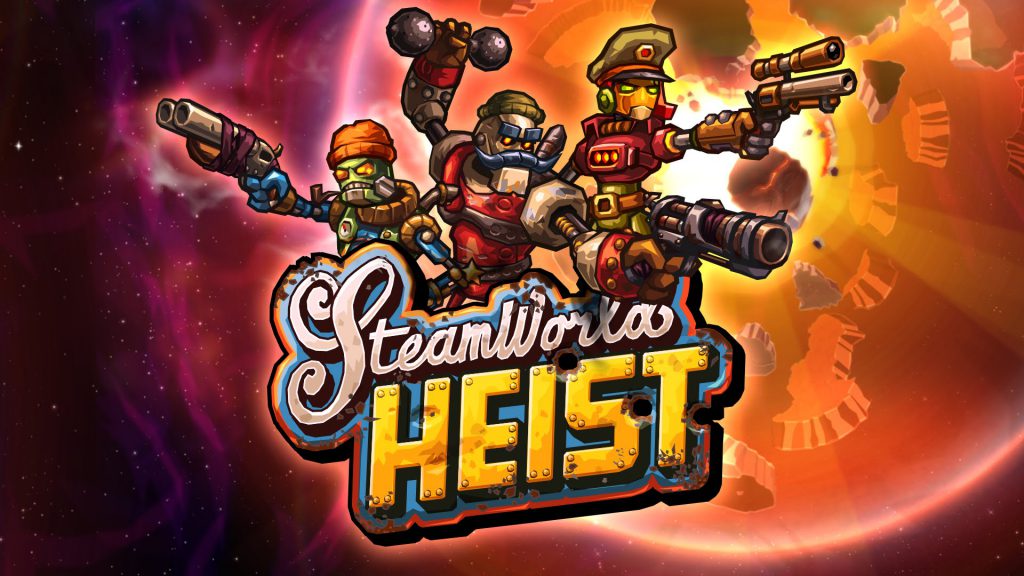 Next, we learn about recruiting a team and how each character uses unique abilities for a tactical advantage (unique selling point). Then they talk about equipment and missions; this is basic game structure stuff that shows players that there’s a lot to do when they get the game. The trailer ends by teasing a few of the game’s bosses and flashing a ton of procedural level designs. This boosts the confidence of potential players that Steamworld Heist will be well-worth their investment.

The trailer gets too long (nearly three minutes for what could be one and a half), but they were smart to fill it to bursting with impressive ricochet trick shots so that you can see how much of your role in the combat can lead to creative solutions—and more importantly, selling the unique gameplay feature that no other game has.

The takeaway for any action game developer is clear: after teaching viewers how to read, harp on your game’s best and most-distinct selling point gameplay—showing it many different ways. Then, build confidence by showing that there’s plenty of game to play that justifies the purchase (show maps, bosses, etc.). Finally, show the very best shot of your unique gameplay one last time before showing them the name of the game—and where they can go to buy it.

Faces are the first thing we learn to connect with as children; they’re how we learn to trust. So when you’re trying to sell a game that can’t show human faces, you’re working with one arm tied behind your back. That’s why it’s so brilliant that Sea of Thieves’  trailer focuses on player’s faces to show you how to read the game. Using player’s faces to teach viewers how to read the game is absolute genius. You might even forget you’re watching a trailer.

The introduction calls your attention

This is how you do an establishing shot: a camera quickly pans over the ocean with a bit of on-screen text as the orchestral score escalates, pauses on a reveal of the pirate ship, then it goes dark. Next you’re learning what it’s like to actually play, starting from below the deck of a pirate ship. It’s a perfect way to ensnare the player’s curiosity. Then, just as they get above ship and you’re wondering where the game is going, we get a player showing up picture-in-picture to explain the game.

Players’ faces guide you through the emotional journey

Players laugh, tell jokes, and get virtually sloshed together. The players’ journey together spreads a sense of joy, excitement, and “OH NOOO!” Those shouty bits get viewers into the emotional tension of the game. It’s hilarious when you can see that the ships start sinking and you can also feel the gravity/hilarity of the loss from the players’ responses. I love how every potentially-confusing moment comes with a real player guiding us through the feelings of that moment. Plus, using players to showcase the play experience is just plain old brilliance in structure, planning, and editing.

It teaches you how to play without you realizing it

Notice the key cues that players shout to one another like, “Okay Mike, you’re repairing, right?” and Mike says, “Uhh, we’re sinking.” It’s funny and brings you up to speed on a complex in-game system. It doesn’t matter what the meta-goals of the game are, it’s clear to the viewer what’s going on in the moment, thanks to players explaining what’s going on. You always have enough information to read the whole experience—and hopefully—see yourself in it. Their playful tone teaches you how you’re going to enter into that world. If you pay close attention to the picture-in-picture framing colors, you’ll see that it changes colors to show which team is in control.

Subtle graphic branding immerses you into Sea of Thieves

Anybody who streams regularly uses picture-in-picture, but they don’t have ripples in tears on the video frame. That little touch keeps you in the spirit of the game; same with the roll-on graphics that tell you which crew you’re looking at. The smartest graphical choice was shooting the player cameras at the same angle—it means we feel like each crew-shot is a part of the same experience, unified in theme and position. When you make a game trailer, make sure every visual compliments your game’s spirit.

It makes you feel like you’re in the game

You will feel important when watching this trailer, though you might not know why (I’ll tell you): the on-screen players draw you in. Your role in this experience isn’t clear at first, but they’ve designed this trailer around the very best moments of a live-captured game. It drew me into the experience in a way that goes far outside my preferences (I don’t prefer online multiplayer games); and that extra-preferential immersion is the very highest achievement of game trailers.

We love playing Heavy Metal Messiah in DOOM, but why? I rip and tear into that question in this article. A snippet:

DOOM gives you messianic rights; it tells you you’re the chosen one—and gives you all the guns you need to rid the world of sin—one Glory Kill at a time. DOOM overwhelms the senses with satanic imagery and the most Ultra-Violent challenge anybody could ask for, yet ultimately DOOM is still too easy—too doable to express the unnerving tensions of the true messianic self-sacrifice that we’re invited to. And that’s why we love DOOM so much: it makes messiahship easy.

DOOM’s Fight Like Hell cinematic trailer does something rare: it inserts us into the game’s brainspace without showing any gameplay. The only on-screen verbs are reproducible in-game. Notice the shots of the Doom Marine’s armor. Those shots tell us the most important thing about the game’s story: your demonic clashes are the story. Your actions matter. DOOM’s first-person gameplay showcases this, but this trailer shows us what the player looks like.

Keep this in the back of your mind when you think about your game’s trailer: how do we show the player? How do we show that their actions are the story?